What the Women in My Life Gifted Me

Still reeling from the wonderful news I received Tuesday, December 10th, 2013 at 3:45 p.m. For obvious reasons, I want to remember that date and time for the rest of my life. I will never get another call from a publisher asking if I will accept their offer to publish my first book. Hopefully, there will be calls for a second, third, fourth, fifth, and sixtieth book, but there will never be another first.

This week I have experienced overwhelming gratitude, disbelief, and that ever present doubt, but that is not what is on my heart right now. My heart is not on that phone call and it is not on the moment my new publisher spoke those beautiful words. My heart is on Sanaa, my baby girl.

My kids have always shared me with my writing. They’ve eaten pizzas, night after night, in the name of revision, washed their own clothes in response to writer’s block, tucked themselves into bed as I was holed up in my office trying to find the perfect word, and they suffered countless moments when the stress of the writing spilled over into stressful words spat at them. They have stood by, most times quietly, allowing their mother to give birth to something that would never be kin to them.

When that phone rang, I immediately turned to Sanaa. She’d had a rough day at school and I feared, with that phone call, the ride home would be rough as well. I’d already decided Etruscan Press would reject my manuscript with the typical, “Thanks, but it’s not what we’re looking for right now.” I’d hoped to be able to suffer that rejection alone, with my trusty computer and email account, not in front of my daughter, with the words streaming through my car speakers. My only thought as he said, “I’m with Etruscan,” was I don’t want my baby to hear him say her mommy’s not good enough. I didn’t want her to know all the time I’d been spending away from them, away from dinners, recitals, and class parties, had been squandered, ricocheting from one rejection to the next. I didn’t want my baby to know how vulnerable, how flawed her mommy could be in the eyes of others. I feared seeing this deficiency cloak me would mean she might drape herself in that same deficiency one day.

I’ve spent much of this week going back and reading sections of Have a Little Piece of Me. One theme rings clearest in each section and that is the love of the mothers in my life for their children, the sacrifices they made in order to ensure their babies had a better start than they did. From my mother washing clothes in a tub with a washboard, to my aunt dividing one Big Mac between six children, to my grandmother walking up Shipyard Road just to see her babies. They each did what they could, what they knew in order to give their children what they did not have when they were children. I don’t care what your age, race, social class, or location is, we mothers, we fathers, share a common bond: we want our children to be better than we are, to have more than we had, to do better than we did.

My mother has often apologized for the things that happened to me when I was a little girl. She’s said of me and all of my siblings that we deserved a better childhood and that she should have done better. I say those same things to my children now. I have offered apologies to Dereck for not seeing how much pain he was in as he suffered constant racial taunting. I have apologized to Tariq for almost allowing an overzealous school psychologist to label him MR even though he’s a little freaking genius. I have apologized to Sanaa for missing that snuggle time, those kisses, and evening talks just to grade a few more papers. I have to apologize for so many things, many of which take me from them, things that are supposed to offer them a better beginning than I had.

But that day, December 10th, 2013 at 3:45 p.m., no apologies were necessary. My baby sat there with me, witnessing us reap the fruits of our labor, knowing that her beginning starts with my ending, and in that moment (these were her words), “Mommy’s a superstar, so I am too.”

I often think of the women from my childhood and the gifts they gave to me. Despite the challenges they faced, they got up every morning and became a living example, a superstar, for us children. They let us know to keep fighting as long as we were on this earth. My Grandma Rachel, my mother, Aunt Ella, Aunt Vony, Aunt Birtee, Aunt Angie, Aunt Della, Aunt Shirley (Bruce), Aunt Shirley (Barry), Aunt Chris, Aunt Edy, Rosemary, Charlie, the countless adult cousins, all my surrogate mothers who gifted me the belief that I could do what they, because of the world they lived in, could not. That is the greatest gift a mother can give her daughter; the belief she can succeed beyond her wildest dreams. Her getting up every day, doing the best she can is the blueprint all daughters first follow.

When I looked at my twelve-year-old baby’s face and saw her crying, even before my own tears had fallen, I knew that phone conversation, that moment would be one she would add to her blueprint. Just as I found myself through the gifts of the women in my life, I pray Sanaa will find herself better, less ruffled, more whole than I am, and I pray that she will accomplish all she wants in life, especially the things I could not.

The Gifts We Hide 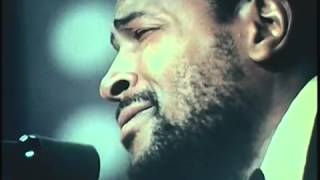